Can I really have new upper teeth implants in just one day?

Due to recent advances in dental implant procedures and our investment in new technology at the Birmingham Periodontal and Implant Centre, we are now in a unique position to offer you new complete upper dental implants in just one day! There are very few local dentists that can that offer this treatment option. It is a special technique known as All on 4 and developed by Nobel Biocare. We are The local experts in All on 4. 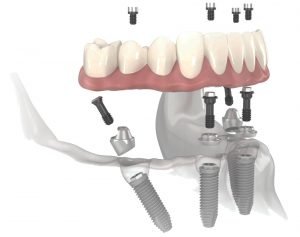 There are many advantages to getting your implant therapy in one day. Firstly, you will not have to put up with an uncomfortable denture while you wait 8-10 months for bone grafting or gums to heal as with conventional implants. In addition qualified patients will probably not have to undergo a bone grafting procedure at all. You really will walk away from our clinic with new teeth in a day! You will have a beautiful smile, and a full set of complete upper dental implants supported by a state of the art implant system. 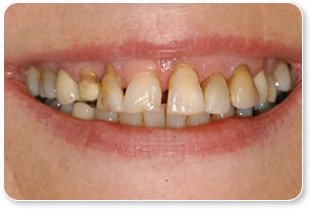 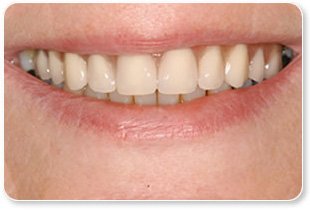 This patient noticed her teeth were becoming loose, and she was very unhappy with her smile. It was not possible to save her teeth and she did not want a denture. The patient was given all the treatment options but she decided to proceed with “All on four”…….. She never looked back! 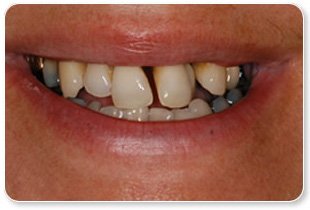 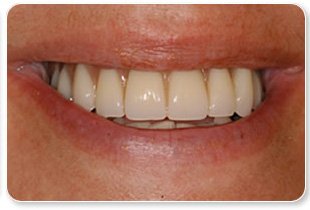 This patient was suffering from bad breath, and deep periodontal pockets resulting in loose teeth. She was diagnosed with severe gum disease and her teeth were un-restorable. Following treatment she is extremely happy with the result and is now enjoying steak once again, and not worried about her teeth falling out.

What might stop me from having teeth in a day?

There are very few contraindications but generally some illnesses where there has been radiotherapy to the jaws and also if you have taken intravenous bhisphonates is the absolute contraindications. In some patients there maybe lack of bone even for this procedure (usually very rare) and usually due to the fact they may have had teeth missing for almost 30 to 40 years. Usually then we may be able to revert back to conventional therapy or use a special type of implant called Zygomatic implant. These are a placed in a different bone (Zygoma instead of maxilla) and are much longer. After these have been placed either a removable implant retained denture or fixed bridgework can be done.  The complete upper dental implants cost is usually the most affordable for most patients.

How do you implant my new teeth? 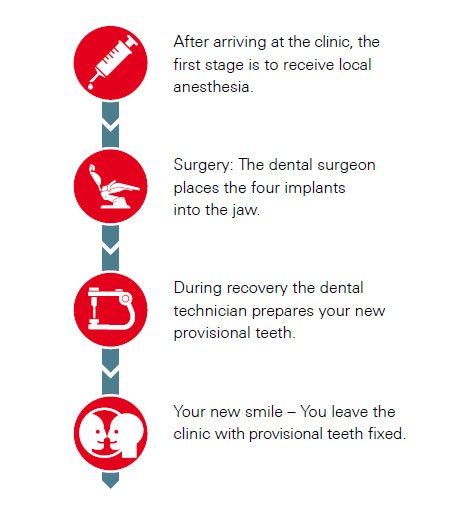 In a consultation with your dentist, discover all you need to know about starting the All-on-4® treatment concept, including information about costs and the course of the treatment.

The advantages of All-on-four treatment

Immediate improvement in quality of life 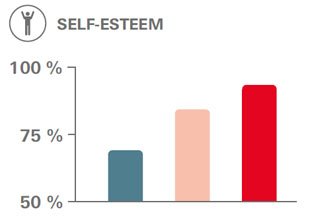 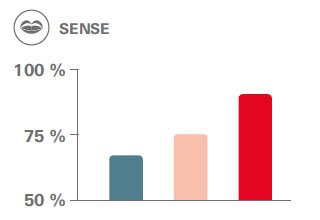 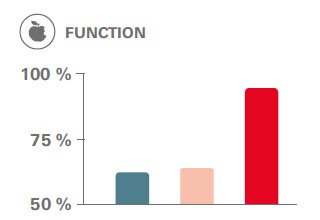 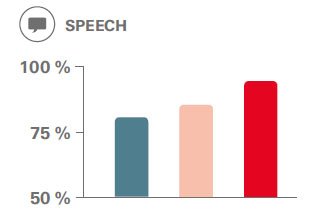 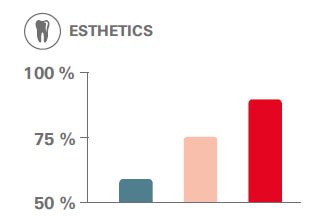 A little history about teeth in a day - Nobel Biocare

Teeth in a day was first proposed using a technique developed by the pioneer of dental implantology Professor Ingvar Branemark almost 20 years. Using this technique it was possible to have dental implants surgically placed in the lower jaw and also have a pre made prosthesis which would be attached on the same day. This was named “Branemark Novum “. However this had a very strict surgical protocol and was such not applicable to the vast majority of the population. The second major disadvantage of this technique was that only the lower jaw could be treated.

Upper Jaw bone was not strong enough to have immediate teeth

It was thought that the upper jaw bone was not strong enough to have immediate teeth or bridgework connected in just one day.Further work by Dr Paolo Malo from Lisbon Portugal dispelled this. He made some major adaptations to the surgical technique resulting in great success with his new all on 4 technique (Nobel Biocare). The major differences were that both the upper and lower jaw could be treated and that immediate bridgework and new teeth could be placed in just one day.

In the back of the upper jaw the bone quality there is not very dense and with the extraction of the teeth the sinuses gradually expand. Since the roots of the teeth actually prevent the sinuses from expanding, once the teeth are missing this can happen quite quickly. Conventional therapy involves actually grafting bone into the sinus area with either your own bone (autogenous bone)or using animal product (Xenograft, usually BioOss).

Problems with your upper jaw bone

The problem with your own bone is the fact this resorbs considerably (shrinks) and also a second surgical procedure from another part of the mouth to retrieve this, so the patient is left with two surgical procedures. The alternative of using a animal product (usually cow bone) is advantageous as only one surgical procedure is needed but the healing/maturation time of the graft can be up to 16 months depending on the size of the graft and the residual bone volume

This website contains material copyrighted by third parties.  BPI Dental acknowledge and credit the author (s) of the original work which is used and / or appears in parts of this work.  Images provided courtesy of Nobel Biocare

We are THE local experts in All on 4 dental implants

Need to talk about my options

A dental professional will call you
Request Call Back
CALL BACK